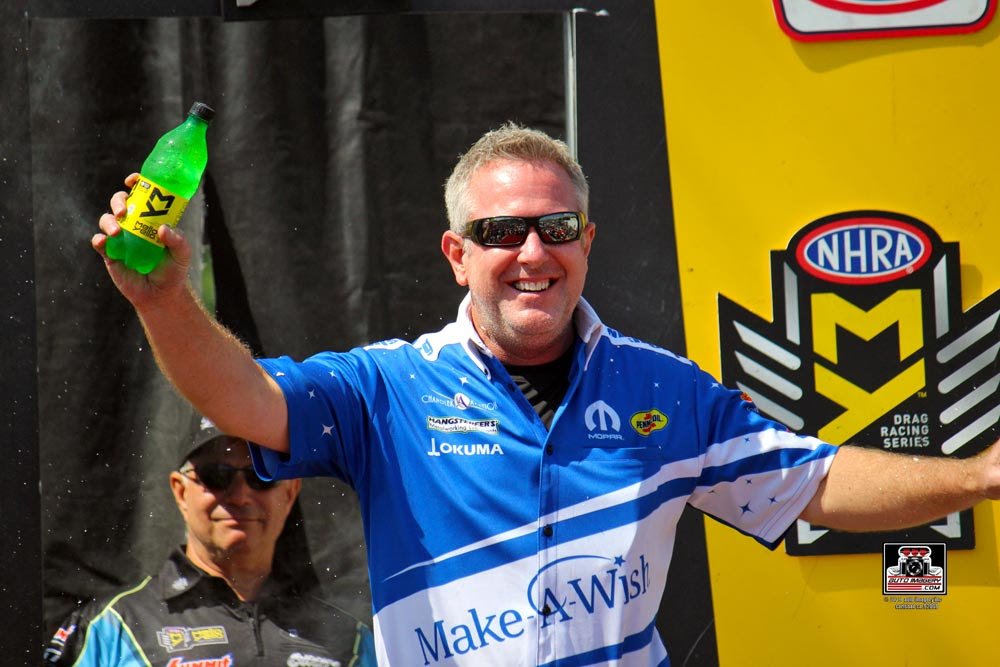 Noteworthy:
Has been to the final round in four different categories at Bandimere Speedway (Funny Car, Top Fuel, Top Alcohol Funny Car, and Super Gas)
Notched his career-first final round at the 1991 Denver event while competing in Top Fuel

Quotable:
“I’ve been going to Denver for so long, and it’s such a cool place. It’s so unique, so different and the one thing I think is really cool is to see the performance gains we’ve made there. You used to go there, and everybody would slow way down and blow up a bunch of parts and not run really well, and now you go there and we don’t run much slower. That’s been amazing to see. Everybody knows how hard it is to race up there, so I think the fans appreciate the strides everyone has made there. It’s cool we’re going out there and running so well.

“Normally, the start of the Western Swing is where we start to hit our stride. To already be in our stride, your focus turns to making sure we can keep this going. The way the team has performed, if we can carry that momentum and put together the back half with this year’s front half, we’ll be in good shape the rest of the year.”