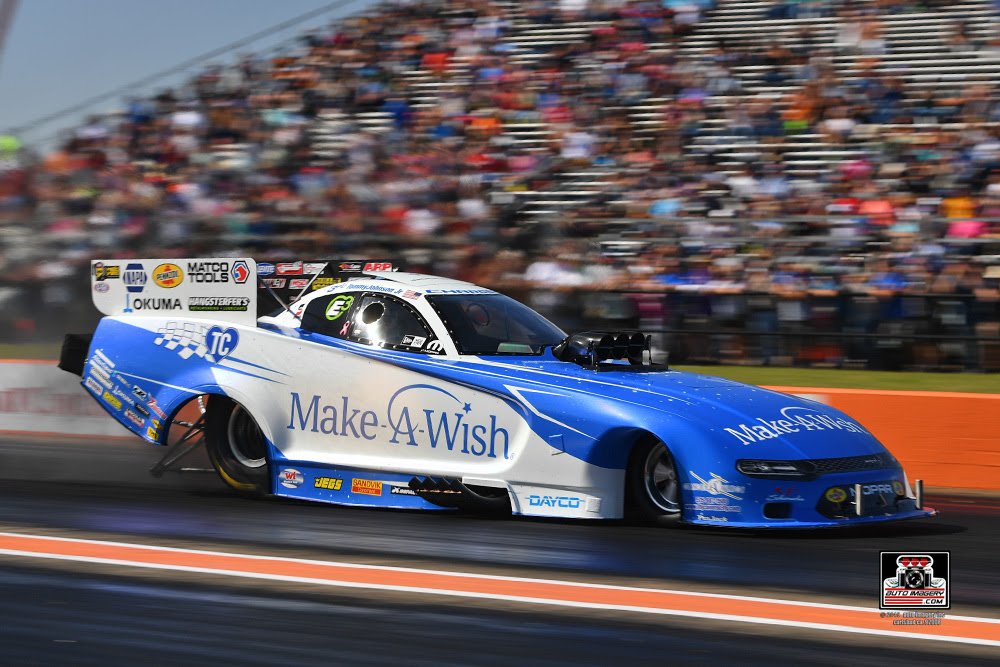 Race Recap:
Tommy Johnson Jr. entered the second half of the Countdown looking to regain his regular-season form that included two wins, four final-round appearances, and 29 round wins in the first 18 races. With just one round win in the first three Countdown races, Johnson was looking for a breakout performance behind the wheel of the Make-A-Wish Dodge Charger SRT Hellcat at the Texas Motorplex. He started race day by recording a 3.932-second pass to defeat opponent Paul Lee in the first round.

In the quarterfinals, Johnson faced John Force. Johnson piloted his Dodge Hellcat to his best run of the weekend – 3.919 seconds – but lost in a close race to Force who clocked a 3.932 E.T. In true Force fashion, the veteran driver deep staged to allow for a better-appearing reaction time, and the win was recorded as a holeshot.

Quotable:
“I should have rolled it in further, that’s what (John) Force does. It makes you look bad on paper, but in actuality, we ran about the same. It makes me happy that our car is coming back around. We struggled for a few races, but the car is back. I’m excited that we can go to Vegas and be very competitive.”