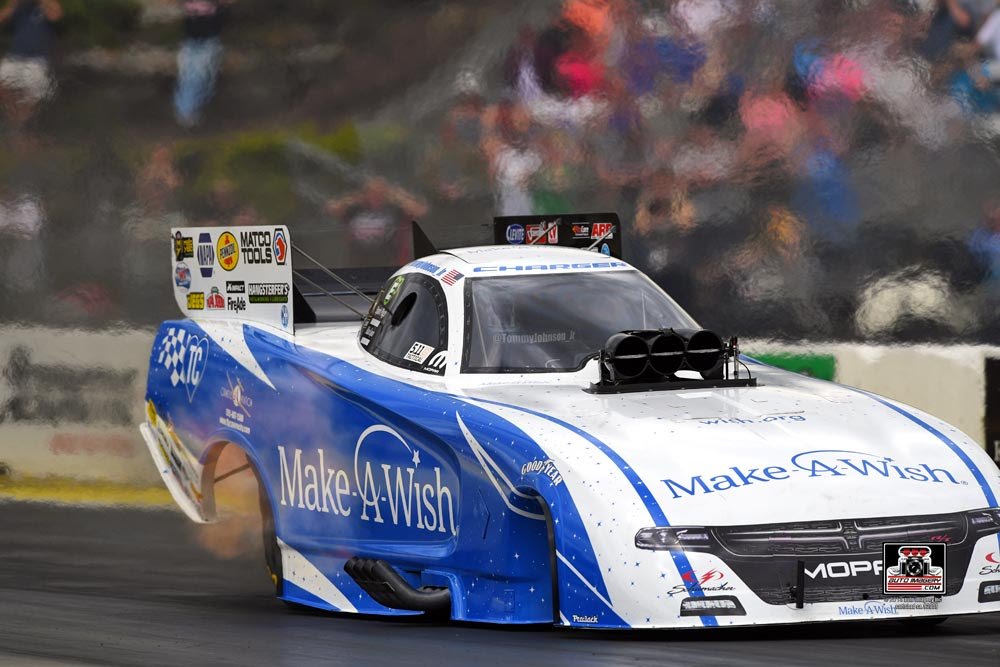 Race Recap:
Steady improvement during qualifying provided Make-A-Wish Dodge Charger R/T Funny Car driver Tommy Johnson Jr. with encouragement heading into a first-round eliminations fight with Shawn Langdon. Gunning for his second career win at Joliet, Johnson left first with a .076 reaction time to Langdon’s slower .097. That promising start ended with a boom under the hood near the 300-foot mark that cracked Johnson’s Funny Car body nearly in half, with the vehicle slowing to a stop and Johnson emerging quickly and safely.

Quotable:
“A little frustrating, the track surface was giving everyone fits first round. The cars won’t stay hooked up. We went out there and it spun the tires. I couldn’t see Shawn (Langdon) at that point, but it’s race day so you try and get back in it and do everything you can to get it down to the finish line. I just touched the throttle and it blew up. It’s unfortunate, but we’ll regroup and go on to the next one.”