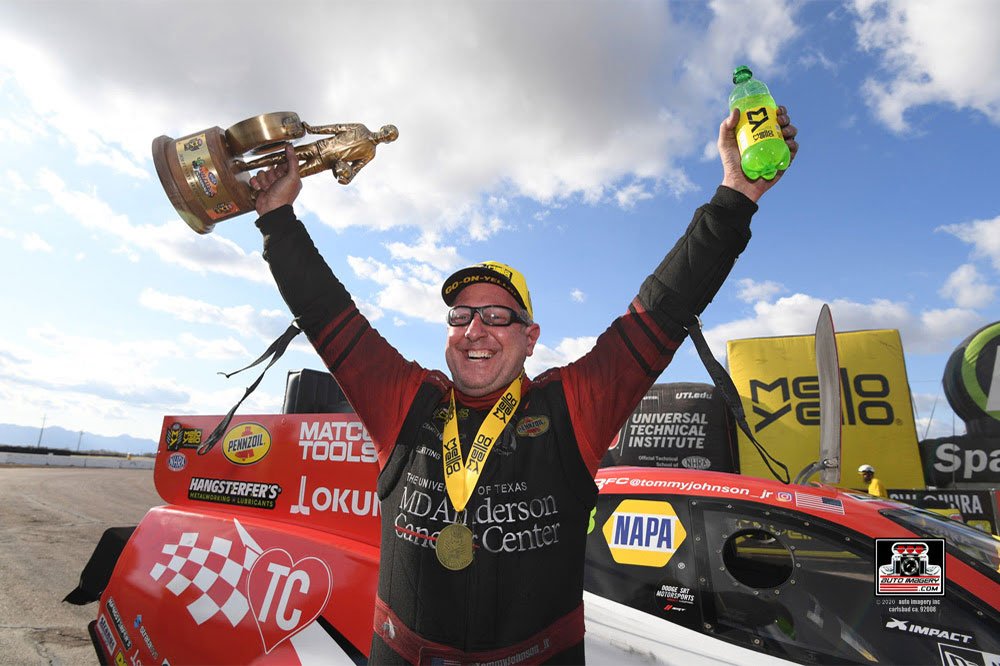 DSR’s Funny Car domination extends back to the October 2019 Dallas event, the first of an ongoing nine-race win sweep

BROWNSBURG, Ind. (September 21, 2020) – After surpassing an unprecedented milestone of 350 NHRA national event victories at the U.S. Nationals, Don Schumacher Racing will descend on Gainesville, Fla. this week with an opportunity to add another achievement to its impressive list of accolades – extending its current Funny Car win streak to 10-in-a-row during the NHRA Gatornationals, September 26-27.

The drag racing powerhouse has claimed nine consecutive Funny Car victories dating back to the October 2019 Ennis, Texas event. Achieving 10 consecutive wins in a single category is a tall order, but DSR’s lineup of Funny Car drivers know how to get the job done. Jack Beckman, Ron Capps, Matt Hagan, and Tommy Johnson Jr. each had a part in securing DSR’s 10-event-sweep in 2017, the only other time in NHRA history in which a professional team collected 10 back-to-back trophies in one class.

While the competition is fierce in the Funny Car category, no other team has been able to prevent DSR’s four-car fleet of Dodge Charger SRT Hellcats from bringing home the hardware in 2020. Throughout the first six races of the current season, the DSR Funny Cars have been unstoppable. So far this year, Beckman, Capps, Hagan, and Johnson have all delivered a W for the Brownsburg, Ind.-based team at least once, and the DSR Dodge Hellcats have qualified No. 1 five times, and battled head-to-head in the final round three times.

DSR occupies the top three spots in the Funny Car point rankings, with Beckman leading the class. Hagan and Johnson sit No. 2 and 3, respectively, and Capps rounds out the top five. Including this weekend’s rescheduled event at historic Gainesville Raceway, there are five races left until 2020 champions are crowned, and each of DSR’s Funny Car pilots is on pace to be a strong contender to win this year’s NHRA Mello Yello Drag Racing Series Funny Car title, setting the stage for what is sure to be a fierce battle for the ultimate prize until the very end. With championship implications heating up, Beckman, Capps, Hagan, and Johnson all realize a win this weekend at Gainesville Raceway will help to cement their bid for a championship run. Funny Car qualifying begins at 12:45 p.m. ET on Saturday, September 26.

Johnson has one event win and one runner-up in 2020; has qualified No. 1 at three of the last four events; currently sits third in points

“The points battle has come down to three of us from the same team, and the pressure is on. We know what the remaining schedule is going to be, we know how many races are left to gain as many points as we can. The U.S. Nationals didn’t go the way we had planned. We had some unfortunate parts damage first round that cost us the win and really hurt us with points. We had been looking so good.

“Gainesville isn’t necessarily a must-win, but it’s a ‘must do really well’ weekend and we need to get a lot of good points so we can come out of there and still be in the race with my teammates. They’re going to be tough. I know what kind of competition they are, and what they have, and we’ll have to bring our best. It’s just like any other year; when it comes down to crunch time, you have to be on your game, and hopefully, we’ve got all of our bad luck and misfortune out of the way and we can make a real run at it these last five and see what we can do.” 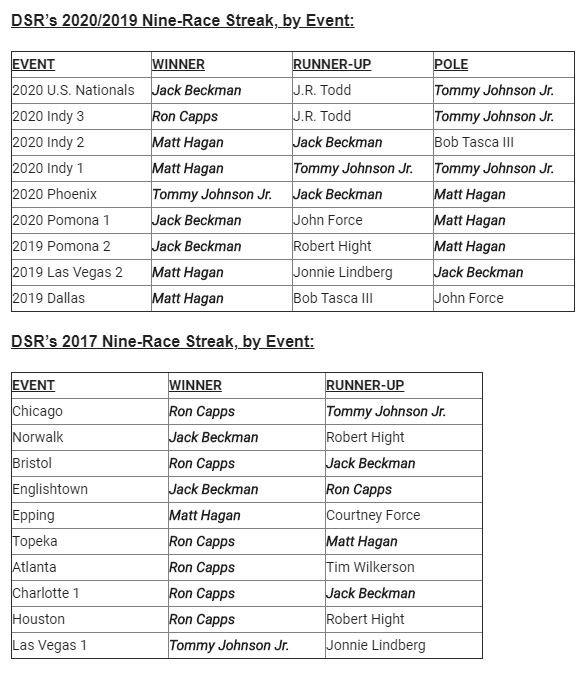