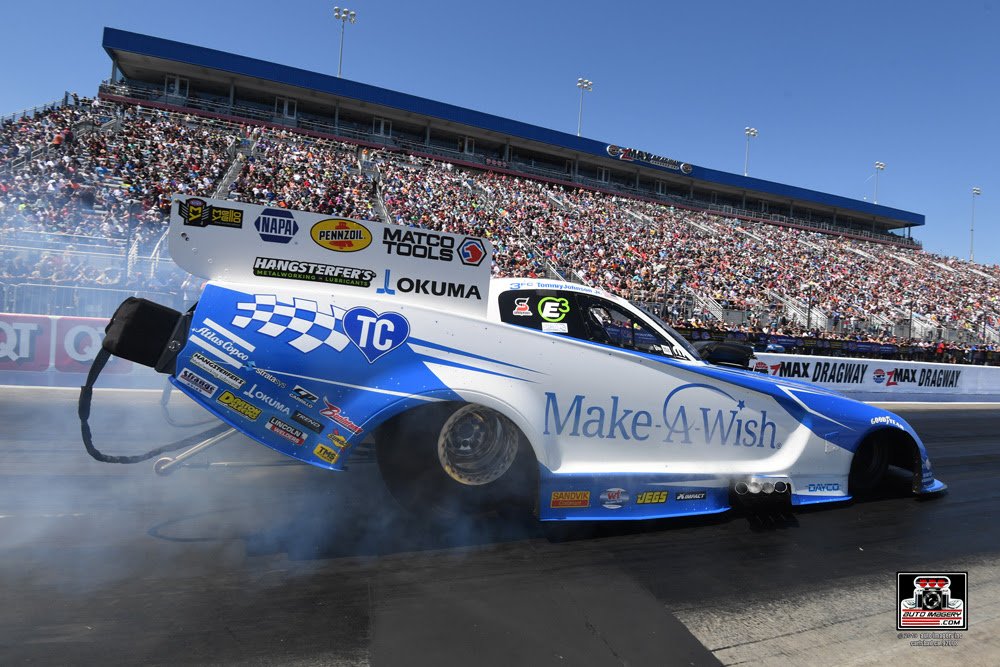 Qualified: No. 4 (first choice of lane)

The Competition:
No. 5 Shawn Langdon
No. 12 Terry Haddock
No. 13 Jeff Diehl

Quotable:
“There’s definitely a difference in lanes at this track – we found that out throughout qualifying, so it helps to have lane choice going into race day. We’ll go out and try to keep earning lane choice and that should mean a good day.”