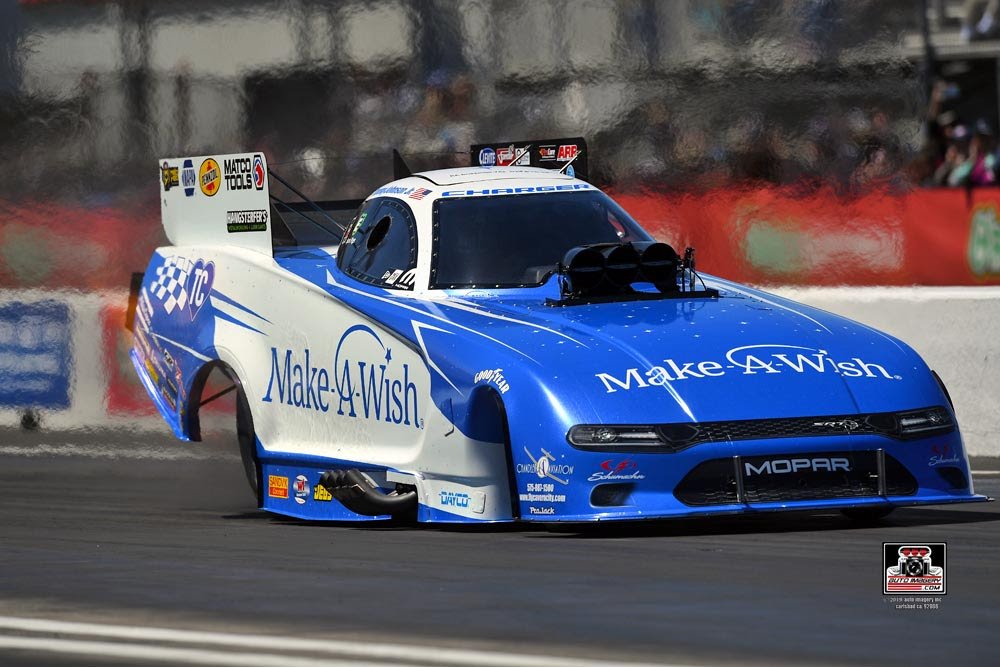 Quotable:
“I’m looking forward to Charlotte. We were runner-up a few weeks ago at the Vegas Four-Wide Nationals. We came close. I’ve been to a four-wide final a few times now so hopefully we can put a win in the books this weekend. The four-wide format is an interesting challenge, but I enjoy it.

“My family lives in the Charlotte area and my mom hasn’t been doing well, so I’d love nothing more than to park our Make-A-Wish Hellcat in the winner’s circle this weekend and cheer her up a little.”