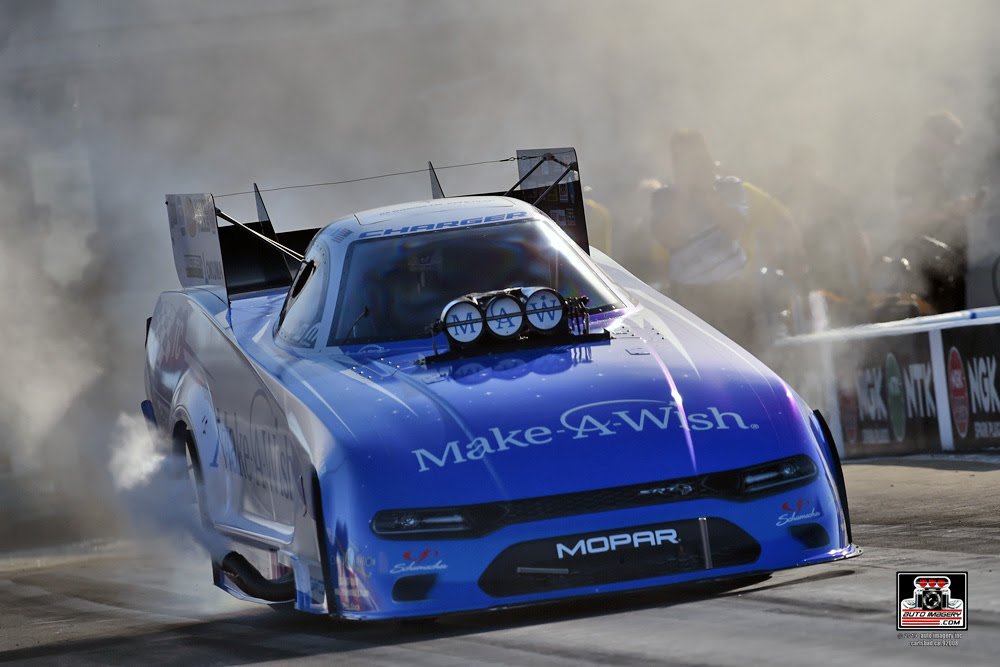 Race Recap:
Tommy Johnson Jr. entered the weekend seeking his first zMAX Dragway win and positioned himself well by qualifying the Make-A-Wish Dodge Charger SRT Hellcat No. 4 in the field and earning the advantage of first choice of lanes in round one. He posted a 3.978 E.T., the quickest of the round, to score the victory over his competition.

In round two, Johnson found himself in a quad stacked with three former world champions. His machine was on a good pass before hazing the tires just past halftrack, allowing his lane four opponent to pull ahead and nab the win, ending Johnson’s day.

Quotable:
“Losing in the second round is not what we wanted, but we learned some things and it was still a productive day. We had a good race car but the track was really tricky. The quad we were in, only one car made a full run, the rest of us had issues. We’ll learn from this and take it to Atlanta. It’s only going to get hotter and if we can learn from this for the summertime, that’s great.”