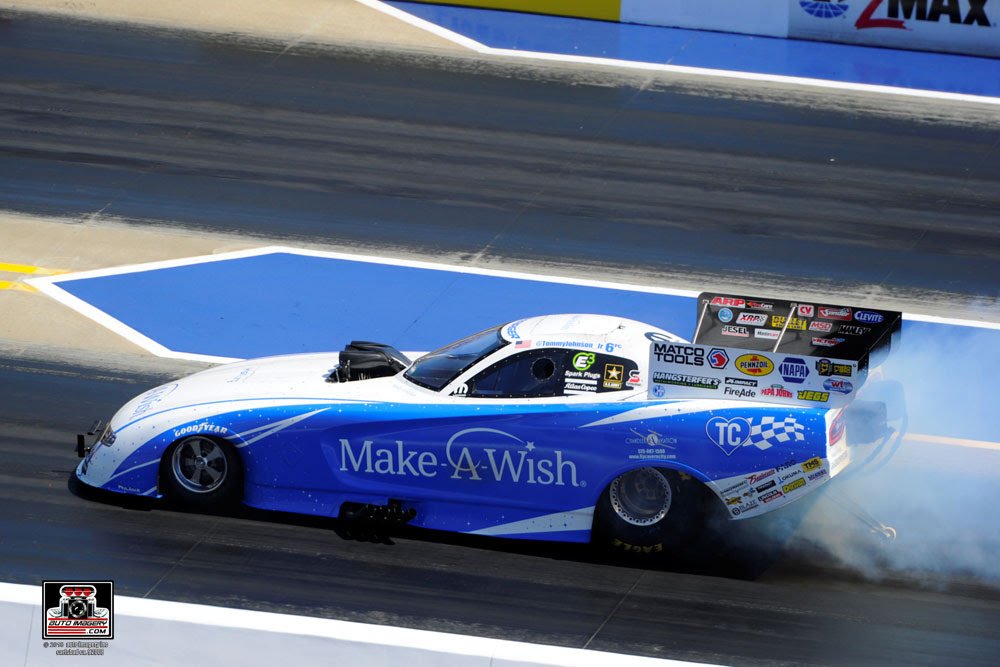 After defeating John Smith and teammate Matt Hagan in the first round of eliminations, Johnson faced tough competition in his DSR teammate Ron Capps, reigning world champion Robert Hight, and eventual race winner Cruz Pedregon in round two. Johnson navigated the Make-A-Wish machine down the track in 4.007-seconds, defeating Hight and Capps, and earning a spot in the final elimination quad.

In the finals, Johnson kept pace until just before the finish line when the tires broke loose and Pedregon was able to drive away with the race win.

Quotable:
“It’s just a challenge for everybody out here today. The change of the track prep has really thrown the crew chiefs for a curve. We saw a lot of carnage and a lot of teams struggling to get a hold of the track. We made a nice run in round two and had low E.T., and we kind of thought we had a handle on it. Then, once we got out there for the final, it was really running well but broke the tires loose. We’ll have to figure it out. We’ll see if we can’t keep chipping away.”