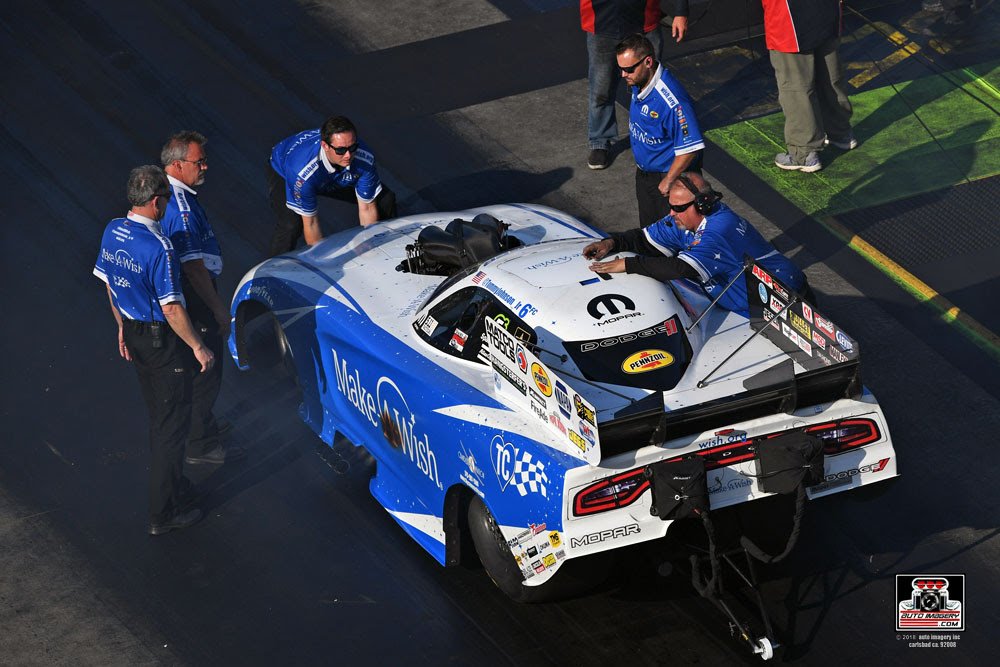 The Competition: No. 9 Matt Hagan

Quotable:
“We had a really consistent car during qualifying. Our Make-A-Wish Dodge made it down all four runs, and I don’t know anyone else that did. We had a really good car for four sessions and we’re starting to get a handle on this new car and the setup so it’ll be interesting tomorrow because it’ll be similar conditions. Performance isn’t going to win the race; it’ll be whoever can best deal with the conditions.”