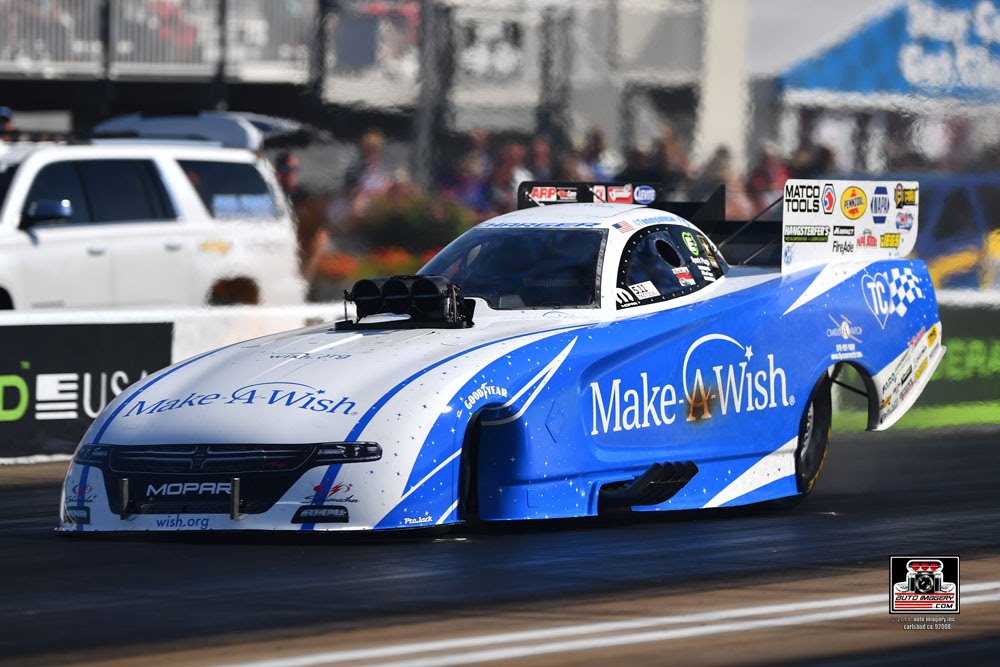 Race Recap:
Make-A-Wish Dodge Charger R/T pilot Tommy Johnson Jr. banked four bonus points during qualifying, earning a berth in the top half of the field in the No. 8 spot. The Ottumwa, Iowa, native entered Sunday gunning for his third win in the last five years at Bristol and was matched up in round one against Matt Hagan in a battle of Mopar-powered DSR Funny Cars. Johnson trailed slightly at the start but sailed solidly down the strip to collect the round win after Hagan smoked the tires.

Hoping for another even-year Bristol victory (his previous wins at the venue came in 2014 and 2016), Johnson lacked lane choice in the quarterfinals against pole-sitter Courtney Force. He put a cylinder out shortly after launch and encountered more trouble before shutting it down, as Force pulled away for the win.

Quotable:
“I thought we were running really well this weekend and had a car that would go down the racetrack, so I felt good about our chances. It’s unfortunate, we had a piston break at the hit of the throttle in the second round that cost us. But with the warm track conditions, I thought we had a really good setup. If the conditions are anywhere similar in Norwalk, I think we have a good shot at getting ourselves a win. We’re doing everything right to put ourselves in position to go rounds on Sunday, so I’m looking forward to it.”