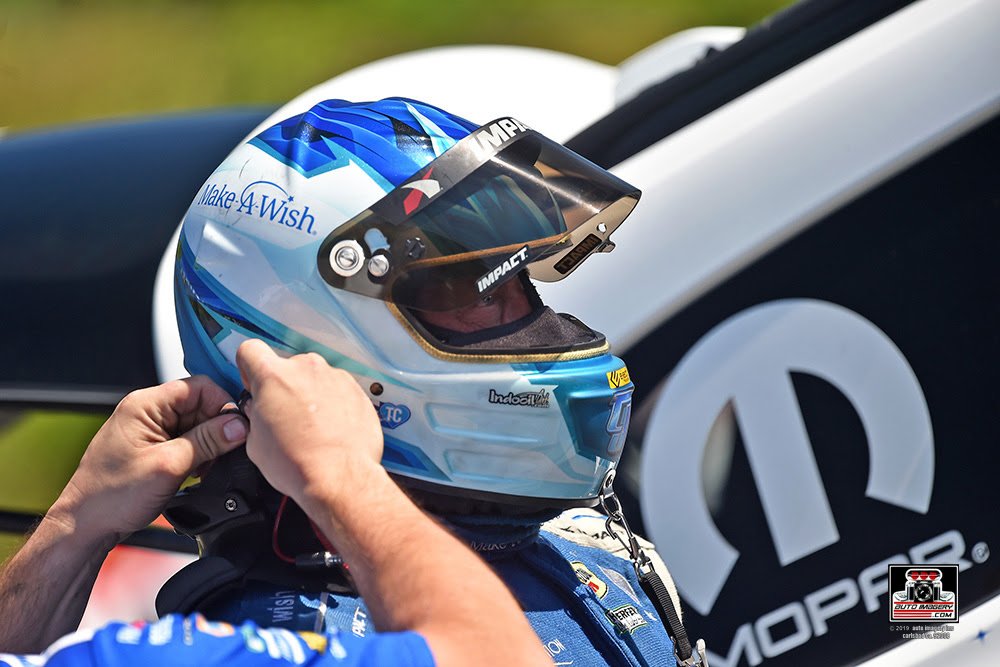 Race Recap:
Tommy Johnson Jr. earned his position in the top half of Sunday’s field by closing qualifying with an impressive run of 4.003 seconds to grab the eighth position. It marked the second time in the last five events where Johnson and Matt Hagan squared off in round one. Johnson was on the money in this race posting his best run of the weekend, a 3.964 E.T., to capture his third consecutive win over a slowing Hagan. The momentum from his first-round victory was short-lived as Johnson went up in smoke at the hit against John Force to end his chances of a second victory in three races.

Quotable:
“The track caught us off guard there in that second round run. It’s been pretty tricky all weekend, and we weren’t expecting that. We tuned for the conditions, and we’ve had a pretty good handle on it all weekend. We know we have a really fast Hellcat right now. We just need to keep doing what we are doing, and we’ll go some more rounds. I really thought with today’s conditions we had a great chance, but sometimes they’ll surprise you. We’ll get right back at it in Norwalk in a few days and see if we can end this four-race deal the same way we started it – with a victory.”