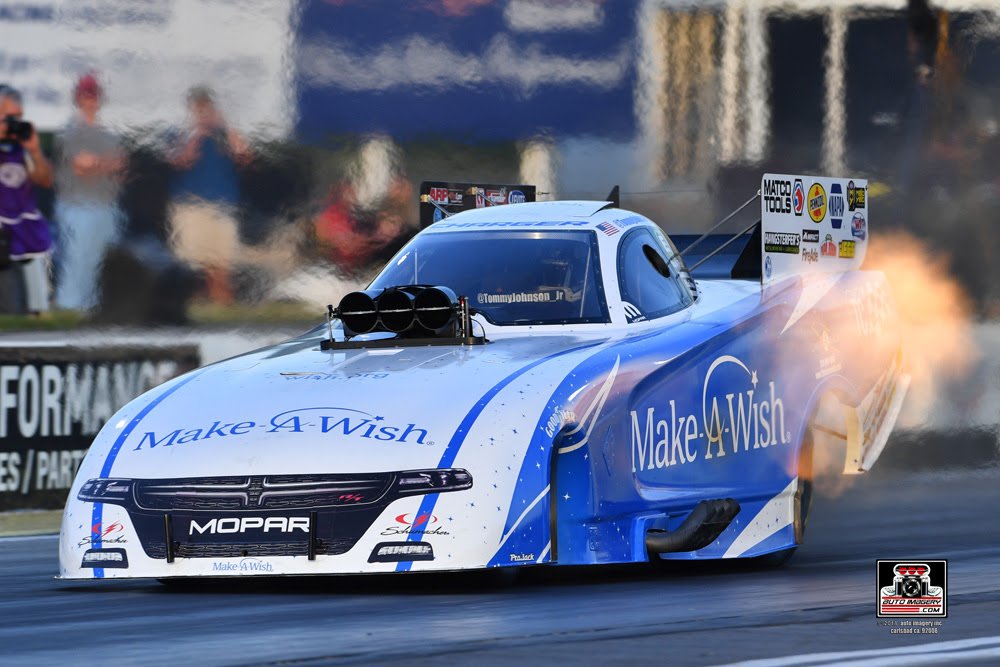 Johnson drew No. 14 qualifier Jim Campbell in the first round of eliminations. The two had squared off in competition four times prior, with Johnson victorious at each meeting. The 15-time Funny Car winner had the immediate lead off of the starting line and never trailed for the win over Campbell’s tire-smoking effort.

In the quarterfinals, Johnson lined up against Matt Hagan. The DSR teammates were nearly identical leaving the starting line with the Make-A-Wish Dodge leading at the 60-foot cone. Johnson started to pull away but lost traction just before the 330-foot mark, and Hagan was able to power past for the round win, ending Johnson’s chances for his first Southern Nationals Wally.

Quotable:
“We had a really good race car and I felt confident going into the day. This has been a really hard track to navigate. There are bumps out there and they’re experimenting with track prep. We seemed to have been adapting pretty well, but unfortunately a bump got us in the second round. The Make-A-Wish Dodge was in the lead and pulling away, then it hits the bump and comes loose. It’s aggravating, but we’ll keep learning and see if we can’t make what we learned today, work for us down the road and make us better.”