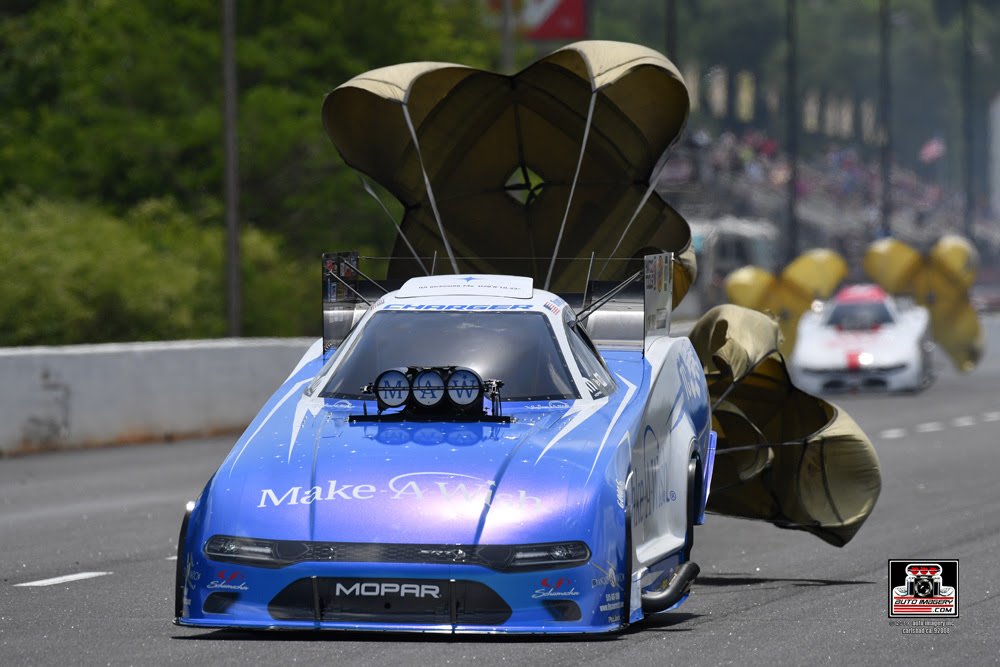 Race Recap:
Tommy Johnson, Jr. has been edging closer to capturing his first Wally of 2019 behind the wheel of the Make-A-Wish Dodge Charger SRT Hellcat Funny Car. He was in the hunt Sunday with his run to the semifinal after knocking out a pair of Funny Car champions. In the opening round, he avenged his first-round loss in Houston to teammate Matt Hagan with a run of 4.037 seconds and in round two, he defeated reigning Funny Car champion J.R. Todd with a smooth pass of 4.334 over Todd’s tire-smoking effort. In his second side-by-side semifinal run of 2019, it was another teammate, Ron Capps, on the opposite side of the staging tree. Capps took the advantage at the hit and Johnson, despite a solid run of 4.091, was never able to catch up.

Quotable:
“I thought we were going to be able to break our Atlanta curse today. We had a good running Dodge in hot conditions and just lost a close one. I’m excited because the summer races are coming and we are running well. It was a good points day, we moved up today. We need to maintain our consistency and stay in this thing and continue to do better. The hot races are coming and with the way we are running, I think our win is coming.”