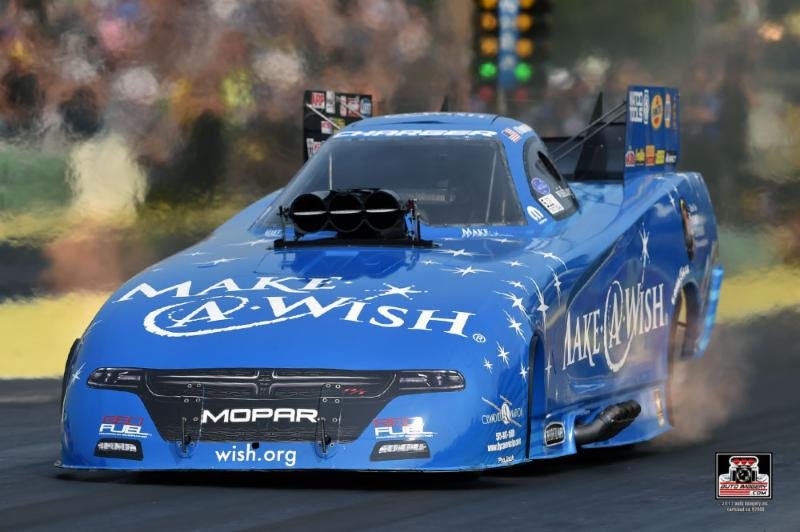 “I think we’re starting to peak at the right time,” Johnson said, “The past couple of years, this is the time we’ve made our move. We were runner-up at Brainerd in 2015 and it just seems to be where our team really starts to gel and get a great feeling that is important with the Countdown (to the Championship) coming up.”

The six-race Countdown to the Championship playoff begins after the prestigious U.S. Nationals over Labor Day Weekend near Indianapolis when the points standings are reset for the 10 drivers who qualify to contend for the world title.

In 2015, the Make-A-Wish Dodge tuned by crew chief John Collins and assistant Rip Reynolds finished No. 3 in the points standings then went on to finish No. 2 in 2016.

Johnson believes the consistency of the Make-A-Wish Dodge Charger R/T Funny Car will be important heading into the Countdown.

“I feel very confident heading into Brainerd, especially with how we’ve ran the last four races. I think we’re close to putting it all together and change these runner-up finishes to wins.”

Johnson has raced his way into three of the last four final rounds on tour but continues to seek his second win of the season. His first title of 2017 came in March at Las Vegas.

Brainerd International Raceway has a history of producing big times for the nitro categories. Johnson believes this weekend will continue that tradition.

“The weather forecast looks good. I look forward to some really good runs. You’re going to have to bring it all and be on your game to get it done this weekend. It will be a performance race.”