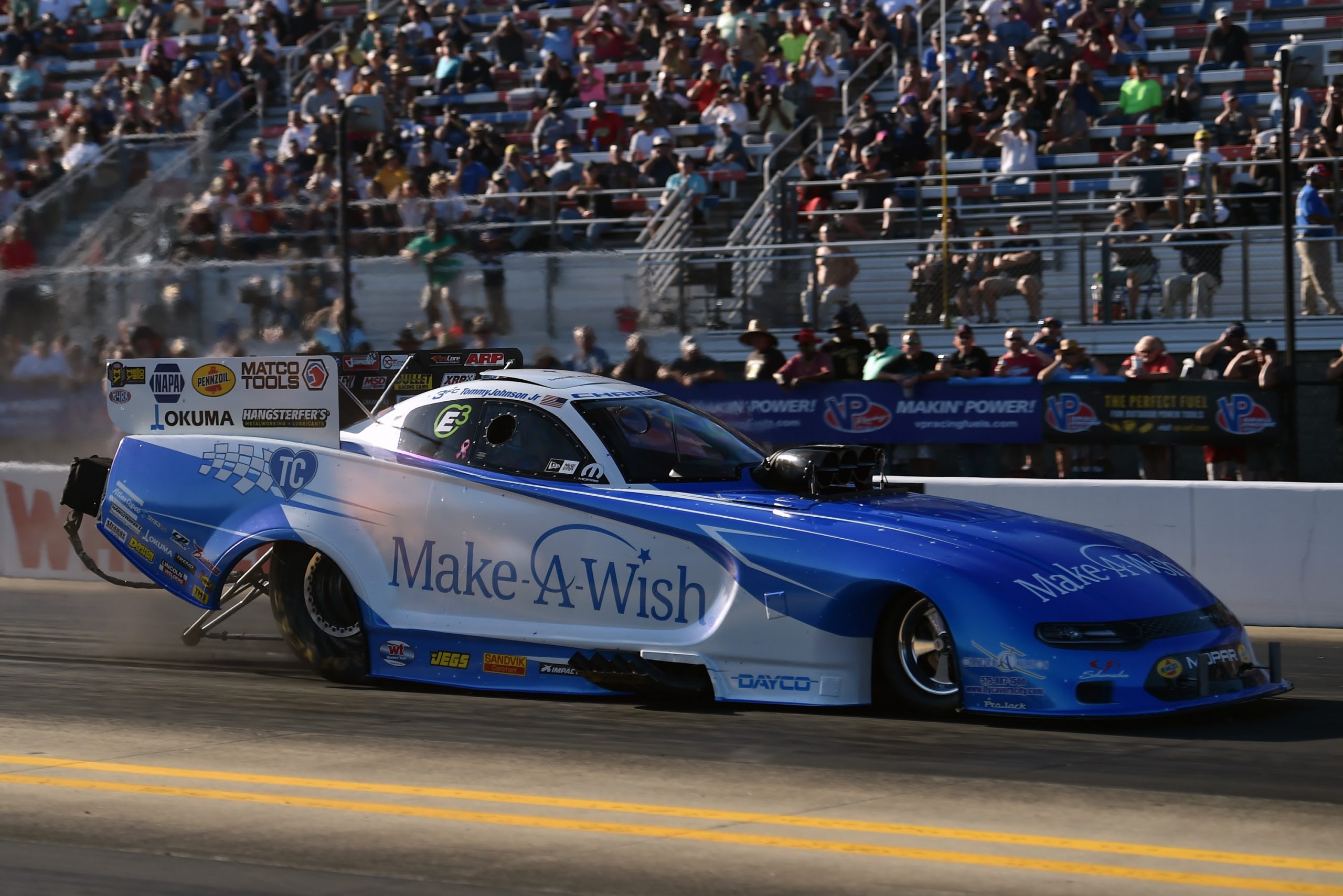 Race Recap:
Tommy Johnson Jr. made his best qualifying run during the final opportunity Saturday afternoon, clocking a pass of 3.950 seconds to qualify eighth and earn a top-half starting positing for 17th time in 2019. In round one, Johnson powered the Make-A-Wish Foundation Dodge Charger SRT Hellcat to his quickest pass of the weekend (3.916 seconds) to earn the win against his tire-smoking opponent, Cruz Pedregon.

Johnson’s win set up a seventh 2019 meeting of the DSR ‘giving cars’ with Johnson squaring off against Jack Beckman. Johnson was first on the throttle but started to haze the tires early into the run. He pedaled it and was able to get his machine to recover, but Beckman was already too far ahead and powered to the win.

Quotable:
“After having such a good season and now having a very disappointing Countdown, we thought we were going to right the ship here in Charlotte. We didn’t expect the car to come loose early second round, but we’ll go into Dallas with a car that’s running a bit better than it had been and see if we can’t be a spoiler from here on out and make this Countdown as exciting as we can.”