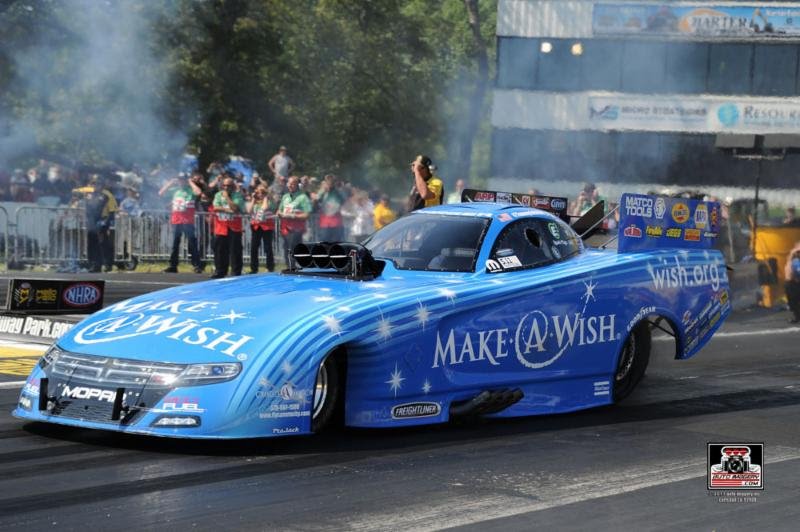 “I love going to Bristol,” Johnson said. “You always have confidence going into a track where you’ve won the year before but even without our success there it’s one of those places I always look forward to going to.”

Bristol Dragway in what is called Thunder Valley, sends nitro cars down a track that cuts through a mountain side. Fans and drivers alike look forward to the event every year.

“We always do really well there and it’s just a really cool location and unlike a lot of the tracks we see during the year.”

The NHRA Thunder Valley Nationals falls on Father’s Day weekend. Johnson has had a lot of success racing on the holiday and hopes to continue that success this weekend.

Most of Johnson’s family, including his father, Tommy Johnson Sr., now live in Charlotte, N.C. and make the short trip to Bristol for the event.

“Bristol always falls near my dad’s birthday and I’ve been able to celebrate his birthday and Father’s Day with him a few times in the winner’s circle and I’d love to do it again this year.”

In 2016, the Make-A-Wish car defeated Cruz Pedregon, Robert Hight and Alexis DeJoria before meeting their Don Schumacher Racing teammate, Matt Hagan, in the final round of competition.

“Going to Bristol and having as much success there and all that data to build off of it’s easy to go in there with a lot of confidence. So we’ll head that way and see if we can’t repeat some of that success again.”