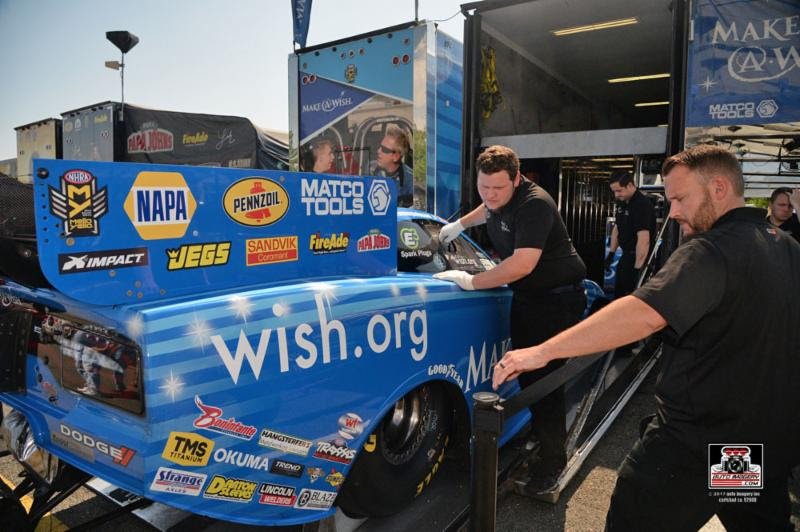 The Make-A-Wish team led by crew chief John Collins and assistant Rip Reynolds entered raceday as the No. 7 qualified car with a time of 3.945 seconds at 326.71 mph.

“I’m happy we ran well but I’m disappointed in a second-round loss,” Johnson said. “It was just really tough conditions and a really tough track so if you miss it just a little bit it’s going to bite you.

“After we ran low E.T. of the first round we felt confident going into the second round but just missed it just a little bit.

“So, the good news is it’s going to be summer for a while, my car is running well in the heat and we’re learning more each run with this combination. I think that’s going to pay off as the summer goes on.”

The NHRA Mello Yello Drag Racing series heads south next this week for Bristol, Tenn., where Johnson and the Make-A-Wish Dodge will try to defend their title in the Thunder Valley Nationals.

Bristol will be the third stop of the Eastern Swing that includes four races in four weeks.